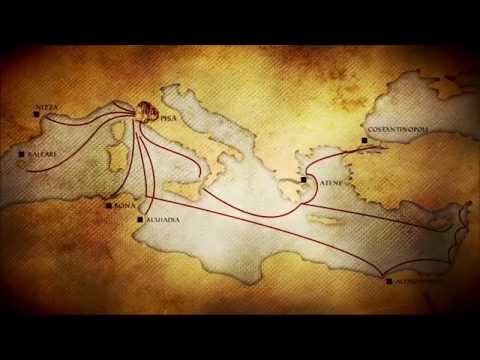 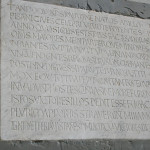 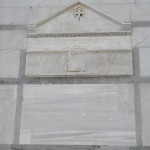 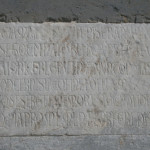 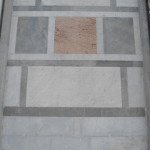 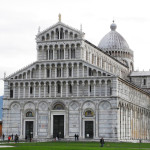 Pisa’s connections with the sea go back over a thousand years. The city reached the height of its power in the central Middle Ages, when it  became a Maritime Republic, a role that the regatta held every year on the River Arno against Genoa, Venice and Amalfi reminds us of.
Pisa’s expansion in the Mediterranean began in the second half of the 10th century, with its more enterprising and aggressive policy, thanks to which Pisa rapidly  became  a great maritime power, in the forefront of defending the Tyrrhenian and western Mediterranean coasts from attacks by Muslims from North Africa and the Tyrrhenian islands. The city also mounted counter-offensive  expeditions against the most important bases.  By these means, in little over  century (1005 to 1115)  Pisans were victorious over  the Saracens of Reggio Calabria, Sardinia and Bona in north Africa. They  conquered  Palermo in Sicily and took the African emporiums of al-Mahdiya and Zawila by force; in 1098 they took part in the first Crusade to free Jerusalem and lastly, in 1115 after a two-year siege, Mallorca was taken by force and the expedition to the Balearic islands was concluded with a victory.  This event closed the phase of Pisa’s military  ventures and the diplomatic negotiations  and trading agreements began, that were to be crucial in her artistic and cultural achievements.
Inscriptions on the city’s most important monuments and epic poems  perpetuated the memory of these endeavours for posterity  and created the identity and image of Pisans that spread beyond their bounds.  The Cathedral – a monument built for both religious and  civil use – was the most important place for displaying Pisa’s fame and power to the world. Its walls were  decorated with the many-coloured rhombs of Arabic inspiration and fragments from Roman buildings  were inserted into them, to underline the greatness of Pisa, seen as “another Rome”. Placed on the topmost ridge of the roof was a splendid bronze griffon, the work of Islamic craftsmen, now on display in the Museo dell’Opera (replaced by a copy on the roof). Perhaps it came to Pisa with booty from the Balearic islands. And a number of inscriptions in verse, of considerable historical and literary interest, were inserted into the Cathedral front, directly in the view of travellers entering the city from the north along the via Aurelia.
The first celebratory inscription, carved into a large slab of marble from Luni and framed in darker stone, is in the first bay on the left beneath the sarcophagus of Buschetto, the architect who built the cathedral. The city’s pride in its victories is clear from the introduction to the tale of the facts.  It is truly a hymn to the greatness and the accomplishments of Pisa, so glorious that they cannot be expressed by any human endeavour whatsoever:

Those who struggle to praise thee o Pisa, according to thy worth,
Do their utmost to capture what you deserve in praise.
O illustrious city, in praising you, this praise must suffice,
That none are able to speak of you as highly as you deserve.
The undeniable, nay propitious, success of your deeds
Has given you a standing  of excellence above all other places:
Because you shine so bright, anyone attempting to tell of you,
Will be overcome by the task and at once be doomed to fail.
Not to speak of all the rest, who is worthy and able to tell of the events
Of your past?

The dates of the enterprises precede the text below and divide it into three parts: two of the dates are written according to the Pisan style, that brings them one year forward .
Sixty thousand (an exaggeration, to emphasize the extent of the venture)   Sicilian Saracens were defeated at Reggio Calabria in 1005 by the Pisans, who were resolved to avenge the devastation suffered by their lands; across the straits, Messina looked on helplessly:

In the year of incarnation 1006.
Sixty thousand Sicilians, overcome by strength,
While they want to prevail, fall, defeated.
Because the people of Sicily, wishing to destroy your name,
Came to ravage your territory:
For this reason, sorely aggrieved, you did not hesitate
To pursue them back to within their boundaries.
Messina is witness to your deeds,
She who in grief saw them all die.

The second enterprise takes us to Sardinia, against which Pisans and Genoese organised   two expeditions, one in 1015 and another in 1016, with the aim of driving out  Mudjahid, one of the greatest of all Arabs, active in Spain and the western Mediterranean. After founding the kingdoms of Denia and the Balearic Isles he had occupied Sardinia. The expedition ended in a victory crowned  by the capture of a son and a wife of the sovereign:

In the year of the Incarnation 1016.
You accomplished an even greater enterprise. O illustrious city,
When the Saracen people, overcome by your exceptional strength,
Perished without the praises of their own:
And for this Sardinia will be eternally in your debt.

The third event is Pisa’s victory in 1034, thanks to Heavenly support, over the Muslims at Bona in Africa (once called Ippona, now Annaba in Algeria). The reference to a vendetta suggests this was a punitive expedition, but our sources do not mention earlier Saracen attacks:

In the year of the Incarnation 1034,
The third part of the world, Africa, saw your symbols of triumph,
Yours, who were guided by the King of Heaven.
In fact, claiming your revenge by right,
The city of Bona was won, taken by your strength.

Lastly, in the upper right hand corner of the plaque, there is short inscription celebrating the beauty of the Cathedral  (“how well, how splendidly it rises not far from the city”)   ascribing the merits of its construction to the citizens at the time when Guido da Pavia was Bishop  famed by the king and even the Pope.

In the next bay on the left of the main door, there is a large marble plaque, outstanding in its elegance and the signifucance of its  message. It records an episode of  great symbolic importance, central to Pisan history:  the attack of the Pisan fleet on the Port of Palermo,  when so much booty was captured that it paid for the construction of the cathedral.
This took place one thousand and sixty-three years after the birth of Christ, that is, in 1064, when Pisans, invincible warriors, began building the Cathedral. This was the year of the incursion celebrated in the inscription. The entire able-bodied population of Pisa took part, from every social class: all of them – maiores, medii pariterque minores, as the Latin inscription points out – set sail for Palermo, driven by a force that went beyond their own will and ensured their success.

Since the year when Christ was born of the Virgin,
1063 years had passed,
the citizens of Pisa, strong in fame and valour,
it is known, built the foundations of this church
in the year that saw the expedition to the Sicilian coasts,
when taking up arms they set sail with a large fleet,
all [of them], from the highest to the middle to the lowest, guided by faith,
chose Palermo as their first destination.

The inscription gives a lively account, evoking in rapid succession the most epic moments of the endeavour, beginning with entry  into the port of Palermo after a long sea journey. After breaking through the chain that closed off the entry, they captured six large  ships complete with their precious cargo: Five were burned and the sixth sold. The money raised went towards building the Cathedral:

Once they entered the port, having broken the chain,
They captured six ships, great and overflowing with riches
They sold one after burning the others
And with the sum, as is known, these walls were raised.

The final part of the  enterprise follows: an attack on Pisans on landing, and their swift  reaction that put the enemy to flight. The victors, camped on the coast, sacked the land round the city before setting sail once more, foretasting the triumph of their return home.

When  they leave and reach dry land,
in the place where a river flows into the sea to the east,
suddenly a large group of knights [appears] accompanied by a multitude of infantrymen
[the Pisans] take up arms and leave the fleet,
Wasting no time they attack the fury of the enemy,
But the first assault, as luck turned out,
Made these the winners and drove those to flight.
Our citizens, smiting them  with painful wounds,
Killed many thousands of them before the gates
and immediately turning back put up their tents on the coast
laying waste all around with sword and fire.
Victorious, leaving the vanquished after completing this carnage
Unharmed, they returned to Pisa in great triumph.